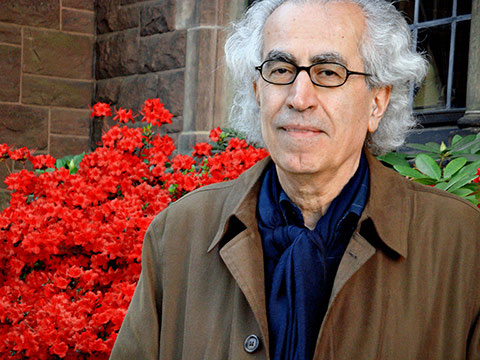 Prof. Amir Hassanpour (Kurdish: Emír Hesenpúr, ئه‌میر حه‌سه‌نپوور) was born in 1943 in Mahabad in Mukríyan Province in Kurdistan. He passed away at the age of 74 in June 2018 in Toronto, Canada. He did his primary school in Mehabad before he moved to Tehran for his secondary school at Dar-ol-Fonun Secondary School in 1961. He began his undergraduate studies in economics at University of Tehran (1961), and finished a B.A. in English language in 1964. He studied in Teacher’s Training College in Tehran (1965), and for a short time taught in the secondary schools of Mahabad in 1965-66. He was drafted into the Development and Extension Corp of the army and worked at the Land Reform office of Mahabad 1966-68.

In 1968, he began studying linguistics at Tehran University (M.A., 1970) and finished his doctoral work (ABD, 1972), while teaching for a year at the University of Tehran; he went to the university of Illinois in Urbana-Champaign, where he studied communications (Ph.D, 1989), sociolinguistics and contemporary Middle Eastern history.

He is the author of “Nationalism and Language in Kurdistan, 1918-1985” (San Francisco: Mellen Research University Press, 1992). He has made numerous contributions to academic journals, the Encyclopedia of Television, and Encyclopaedia Iranica.