Balldar finished his primary and secondary school in his hometown of Silémaní. He continued his education at the rural teachers school of Rustamiyya/Rostamia, receiving his diploma in 1940. He began his professional career as a teacher in the villages around Silémaní. Balldar taught in district villages in Hawraman, Surdash, Péjhdar, Soran as well as Sharízor. This imparted to young Balldar the practical experience with teaching in a rural setting with a very low literacy tradition.

Balldar was a passionate schoolteacher who was eager to go the extra distance to be more productive. He was only 31 years of age, when the Iraqi ministry of Education accepted the reformed Kurdo-Arabic writing system for Kurdish language. Balldar published the first standard Kurdish textbook Elfubéy Niwé (“The New Alphabet”) for primary schools in 1951. This textbook has been upgraded and republished over 36 times. This book is a turning point in Kurdish history of education. Many great Kurdish scholars of have ever since began their elementary school education with this same textbook.

His ambitions for higher education led him to enter the Trade and Economy School in Baghdad in the middle of 1950s where he received his Bachelor degree. In early 1960s he was accepted to study in a masters program at the San Francisco State Teachers College. After his study in the USA he returned to his hometown and started work as lecturer at the Department of Literature of the newly-established University of Silémaní in 1968.

Balldar died on Friday the 10th of July 1998 in his home in Baghdad. His ashes were buried in Gardi Saywan cemetery in Silémaní. 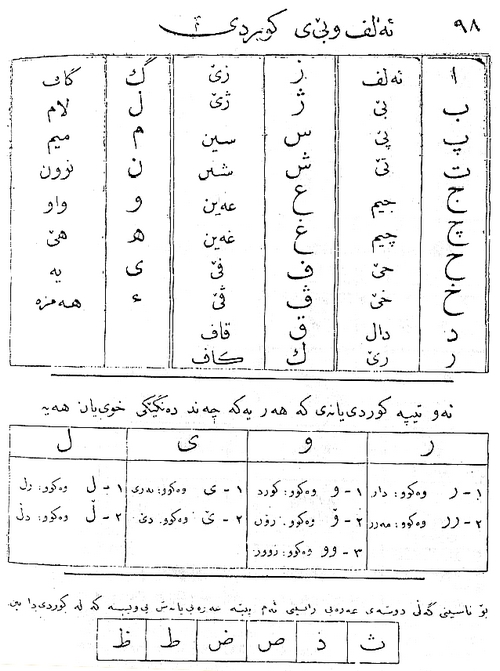 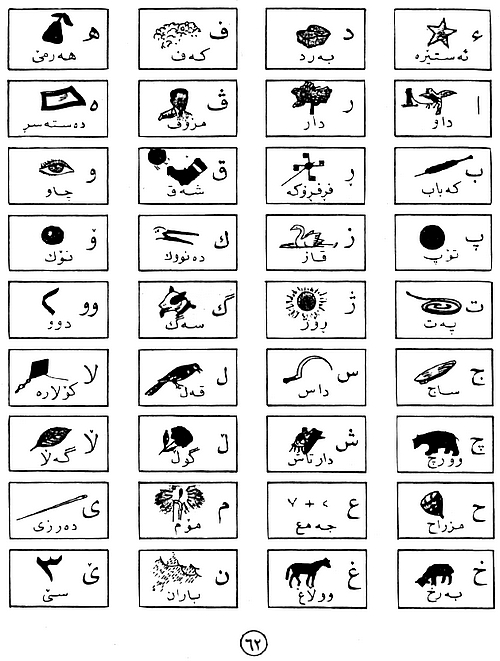