IT the Dilemma of Kurdish Language

IT the Dilemma of Kurdish Language

One might struggle to bring changes for a better future. The struggle of making the Kurdish language the primary choice of people in Kurdistan or Kurdish speakers elsewhere need to be based on the most fundamental language technology for today. Parts of these fundamental issues are related to electronic communications and archives, computer related activities and a scripting which follows international recognized codification according to ISO. It is clear that currently the Kurdish language codes and scripting systems keep the language body of Kurdistan fractioned.

While the communication media grows faster than ever, and needs for a standard internationally recognized scripting code is obvious more than ever, the Kurds are still expecting changes in an unexpected future Kurdish stat power. The history of Kurdish language shows that none of the survived Kurdish scripting codes used by Kurdish speakers today was proposed or adapted by any Kurdish state power. However, one may argue the possibility of converting between scripting systems but the language scripting system is not for people with a higher academic degree to learn how to convert different scripts from one system to another. The language scripting codes should answer the users’ needs at any level and let them communicate in a holistic sense. The Kurdish language should be modified in a way to serve all the users.

What is a language?

Language is the principal means used by human beings to communicate with one another. Language is primarily spoken, although it can be transferred to other media, such as writing. If the spoken means of communication is unavailable, as may be the case among the deaf, visual means such as sign language can be used. A prominent characteristic of language is that the relation between a linguistic sign and its meaning is arbitrary: There is no reason other than convention among speakers of Kurdish that a “Seg” Dog should be called “seg”, and indeed other languages have different names (for example, Spanish perro, Russian sobaka, Japanese inu). Spoken human language is composed of sounds that do not in themselves have meaning, but that can be combined with other sounds to create entities that do have meaning. Thus p, e, and n do not in themselves have any meaning, but the combination pen does have a meaning. Language also is characterized by complex syntax whereby elements, usually words, are combined into more complex constructions, called phrases, and these constructions in turn play a major role in the structures of sentences.

What is an alphabet?

It is a set of symbols or characters used to represent the sounds of a language. Each character in an alphabet usually represents a simple vowel, a diphthong, or a consonant, rather than a syllable or a group of consonants and vowels. The term alphabet, as used by some, however, also includes the concept of syllabaries (Britannica 2001). An alphabet is a system of representing the sounds of a language by a set of clearly understandable and reproducible symbols. This generally involves assigning to the most common sounds their own individual graphemes, or written forms.

What is the Latin alphabet?

The Latin alphabet (also called Roman alphabet) is the most widely used alphabetic writing system in the world, the standard script of the English language and the languages of most of Europe. Developed from the Etruscan alphabet at some time before 600 BC, it can be traced through Etruscan, Greek, and Phoenician scripts to the North Semitic alphabet used in Middle East about 1100 BC. The earliest inscription in the Latin alphabet appears on the Praeneste Fibula, a cloak pin dating from about the 7th century BC, which reads, “MANIOS MED FHEFHAKED NUMASIOI” (in Classical Latin: “Manius me fecit Numerio,” meaning “Manius made me for Numerius”). Dated not much later than this is a vertical inscription on a small pillar in the Roman Forum, and the Duenos inscription on a vase found near the Quirinal (a hill in Rome) probably dates to the 6th century BC. Although experts disagree on the dating of these objects, the inscriptions are generally considered to be the oldest extant examples of the Latin alphabet (Britannica 2001). Semitic alphabet was the earliest fully developed alphabetic writing system. It was used in Syria as early as the 11th century BC and is probably ancestral, either directly or indirectly, to all subsequent alphabetic scripts, with the possible exception of those scripts classified as South Semitic (e.g., Ethiopic, Sabaean). Apparently related to the earlier writing systems seen in the Canaanite and Siaitic inscriptions, North Semitic gave rise to the Phoenician and Aramaic alphabets, which, in turn, developed into the European, Semitic, and Indian alphabets. North Semitic had 22 letters, all representing consonants, and was written from right to left; these characteristics are typical of most of the later Semitic alphabets (e.g., Hebrew and Arabic).

The Internet has created an atmosphere that only Kurdish modified and unified scripting can have a chance to survive as a communication mediate. Kurdish Language as a scripting system must serve the people in Kurdistan as one community not deny or prevent them to experience their existence and heritage.

The Kurdish scripting system is not represented in any Instructional standard code under the Kurdish Language code. According to ISO the Kurdish language classifies as KUR for ISO 639-2/B or bibliographic code, KUR for ISO 639-2/T or terminology code and KU for ISO 639-1, which is an alphabetic code (ISO 2001). Today as the result of fast growing electronic communication and archiving system and advance Information Technology many Computer software are developed with bases for existing pre-defined International Scripting codes. Because the Kurdish language remains un-coded and for other reasons like multi scripting coding system representing Kurdish Language, an indirect consumer market for the Kurdish has developed which relies on modified Arabic, Turkish, and/or Persian software to write and archive in Kurdish.

The Kurdish Academy of Language KAL on the Internet is an initiative to lead discussion of a Kurdish language scripting system. By proposing a unified Kurdish scripting system KAL has started to test the ability of the Kurdish language to serve the Kurdish community through the Internet and other media. All characters of this unified alphabet has been chosen carefully among ISO-8859-1 “Latin 1 ” for West European languages to keep the Kurdish unified alphabet character to follow only one worldwide standard. Now Kurdish can be practiced on Internet without any limitation no matter the geographical position. A scripting system, which prevents a community from practicing their culture significantly, complicates the bond between generations, and loses focus over time in the rapid growth era of media and IT.

This unified writing system is also geared toward providing users with easy access to publications on the Internet and to electronic mail (e-mail), as well as the capability to create dictionaries, spell-checkers, and keyboard layouts using the most common operating systems and word processors (such as Microsoft products). The unified electronic-friendly alphabet can appear in any browser without limitations. Any publication can be distributed and used in any part of Kurdistan or the world. Any old Kurdish manuscript (in any language, any dialects and any sources) can be easily rewritten in the unified alphabet to be posted on the World Wide Web for public use and research work. The unified Kurdish alphabet will make language learning in an interactive medium with unlimited access more popular among Kurds. Writing in Kurdish has never been so easy! 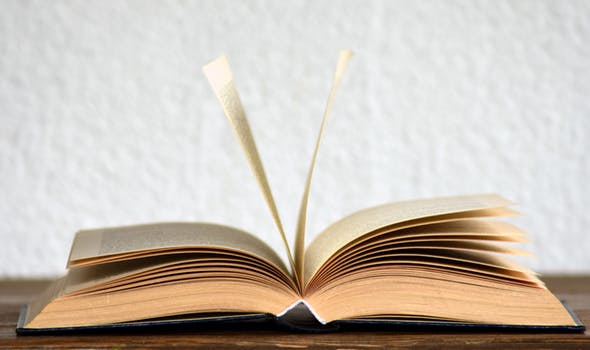